We tested an Alkè ATX210E electric pickup in uphill hairpin turns. At the end of the route the temperatures were well below the thresholds, we faced 765mt of altitude gap and the batteries were still at 44%.

The Alkè ATX electric pickup truck is ideal for city use and level roads but it works just as well on hills, but you must pay close attention to its autonomy which is very different in the two cases. ATX210e vehicles on level roads in ECO mode have an autonomy of about 70km.

The test: for this interesting test we chose a standard ATX 210E vehicle and we loaded it with a weight of about 250kg.

Temperatures: the chosen day was sunny and the temperature was about 28 degrees, one of the main targets of the tests was to see if the vehicle overheats or not after a climb of about 7 km. So we installed the Alkè Black Box on our vehicle and we analyzed:

Route: We chose a paved country road and a small portion of the route was on gravel road. We started at the base of the Euganean hills and climbed up to Monte Madonna. 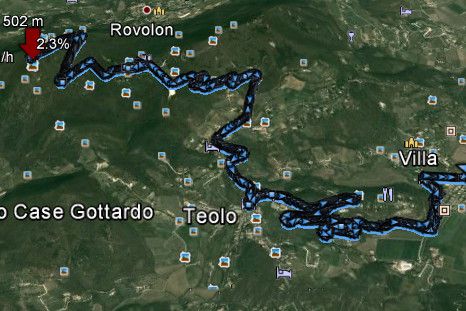 Altimetry and analyses of the slopes: the Alkè electric pickup was also connected to a GPS system which allowed us to trace the entire route and in particular we analyzed the total altitude gap of the route: 765mt, which really is a lot for an electric vehicle. The first part featured gradients of 7% - 12% up to a maximum of 25%, the maximum gradient tackled was of 30.6%. The total length of the route was 15.6km. At the end of the journey, the batteries were still at 44%.

The load: during the tests on uphill routes the total mass of the vehicle is very important so, in order to perform a test that would simulate the real use of an electric pickup, we loaded it with a weight of about 250 kg.

Results: at the end of the route the temperatures were well below the thresholds, we faced 765mt of altitude gap and the batteries were still at 44%.